At Aspire Recruitment Solutions, we pride ourselves in understanding the dynamic of the local job market in Kelowna, the Okanagan and beyond.  We know that the Okanagan Valley is truly one of the most desirable places to live, work and play in British Columbia. Kelowna is a highly desirable community not only to visit but to live and to relocate to.  People love visiting the Okanagan as we can see by looking at the airport traffic experienced over the past decade.  In fact, 2014 saw a record number of travellers come through Kelowna International Airport (YLW).  While the top three months for visitor traffic tend to be March, July and December, there has been an increase in traffic to Kelowna throughout all months of the year.

So is it just people visiting the Okanagan or are people relocating to Kelowna and area?  Well a study from earlier this year suggests that Kelowna has been ranked as the fast-growing city in all of B.C.  In fact, Kelowna’s population growth is at 1.8 per cent; which ranks it the fifth fastest-growing metropolitan area in the country behind Calgary, Edmonton, Saskatoon and Regina.

With an emerging technology sector the Okanagan offers unequalled landscapes, an outstanding climate, and access to and connectivity with Canada job seekers are coming to enjoy the beautiful environment of the Okanagan Valley.

So what does that mean for Kelowna employers?

What this means is that employers in the Okanagan have the luxury of luring candidates and potential employees to Kelowna and surrounding areas by selling the great climate and dynamic environment of the city.  Kelowna and the Okanagan as a whole, has become a prime destination for residential and small business relocations due to the exceptionally moderate climate, strong transportation, trained labour force and availability of diverse recreational opportunities.  According to 2011 Census data the Central Okanagan had a population of roughly 180,000 people, which has seen an even further increase in recent years. 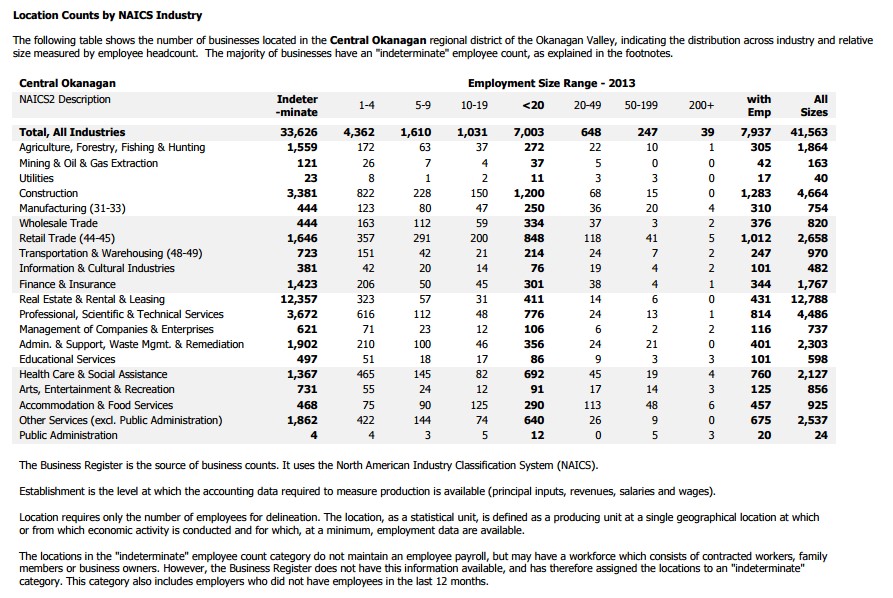 As a job seeker or employer in Kelowna and the Okanagan, the future looks bright.  For employers there is a greater talent pool to choose from than ever before.  However with today’s technology, competition for talent is becoming more spirited which may make talent acquisition more difficult in the future.  Having a solid recruiting plan is a great place to start.  Understanding the current job market in Kelowna and the Okanagan is useful as it provides greater insight into the resources that may be available to your organization within your industry.

For more additional statistics on Kelowna and the Okanagan check out: Stats Canada: Census Data for Kelowna.

Are you a business in Kelowna or the Okanagan looking for some help with your recruiting efforts?   Contact us today for assistance with your human resourcing needs!

Aspire Recruitment Solutions provides HR Consulting solutions to small, medium and large sized businesses in Kelowna, the Okanagan and beyond.

« How Do You Know if You Need HR Consulting? Aspire Recruitment Solutions is Growing »