Many say what makes a great city is great jobs.  Kelowna is a great city.  However a recent article from the Huffington Post suggests that Kelowna is the most difficult place to find a job in all of Canada.  A February report from BMO’s Labour Market Report Card states that Kelowna’s unemployment rate jumped to 7.6 per cent in January, up from 3 per cent a year earlier. While our population grew 1.7 per cent over the last year, the number of jobs fell 2.2 per cent.  This is somewhat interesting as British Columbia (and Ontario) lead the country in terms of job growth.  A quick look at BC Employment Trends for January 2016 and we see that there has been an increase in jobs at the provincial level. 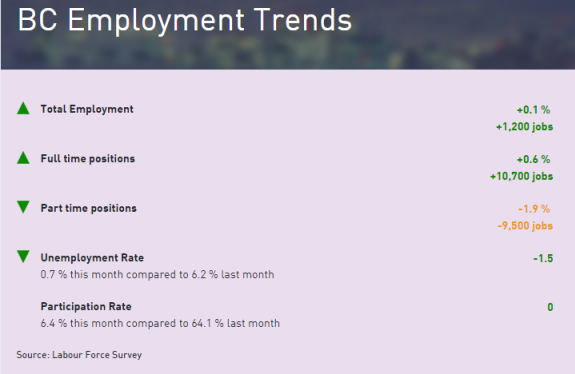 With the economic downturn in places like Alberta, more people are entering the workforce.  In fact in January 2016, Alberta’s unemployment rate Alberta rate was above the national average for first time in 28 years.  Kelowna has a high population that come from Alberta.  Kelowna is a desirable place to be with the great summer weather, Okanagan Lake and all of the great wineries and golf courses.  However the job scene in Kelowna, like many communities, does fluctuate and as a result it can be challenging to find employment depending on industry.  With job seekers coming to Kelowna to find employment, it is understandable that competition for jobs has increased.

Last July, MoneySense released their report on top places to live in Canada based on quality of life.  Kelowna was 84th on the list.  Kelowna did not receive checks for high wages or low unemployment.  Is the “Sunshine Tax” that we’ve all heard of a myth or reality? (More on that in a future post).

So what does all of this mean for the Kelowna job market in the Spring of 2016?  Well the City of Kelowna remains committed to developing jobs in the Tech industry and work in 2015 contributed to building the best mid-sized city in North America by growing technological capacity, expanding active living options for residents and increasing access to the natural beauty Kelowna is famous for.  In fact, Kelowna has been rated among the most cost competitive places to do business in the Pacific Region of North America.

According to this article, the top five employers in the Okanagan are trades positions, then healthcare and social services, construction jobs, financial/insurance and real estate jobs, educational services/scientific and technical services.  Adding to this, “For the entire Okanagan, the workforce needed in the next five years is somewhere in between 28,000 and 48,000,”stated Corie Griffiths, manager of the Central Okanagan Economic Development Commission.  So where does that leave us with the Kelowna job scene as we enter the Spring of 2016?

Here is some information on the local job market in Kelowna as we enter Spring.

Workopolis currently has listings for 357 jobs in Kelowna and area.  These jobs range in everything from retail to office administration, business analysts, and sales.

Jobbank.ca currently lists 556 open positions for Kelowna and area at this time including both full-time and part-time positions in retail, I.T, Tech and construction.

Speaking of technical jobs in the Kelowna and the Okanagan, while BC’s premier has stated that the Tech Industry is a “billion dollar industry”, the Accelerate job board currently has listings for a number of jobs in the technology space from web designers and developers to project managers and technical consultants.

The point being that there are jobs available in Kelowna and there will be more on the horizon.  The Outlook for the Thompson-Okanagan area of the province looks poised for some growth over the next ten years based on data from Work BC. 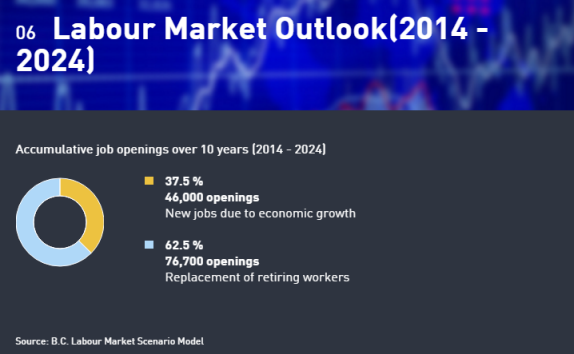 The fact that the Okanagan Valley continues to experience increasing annual air passenger volumes, and that new destinations and direct flights are being added every year, indicates the growing importance of the Okanagan Valley as a destination of choice and important trading hub.  People are doing business in and out of the Okanagan.  Finding a job in Kelowna always has been somewhat competitive.  We do not see that changing in 2016.

For more information on finding a job in Kelowna or to get help with your resume, contact us today to set up a consultation.  Set up an appointment to speak with one of our experienced HR consultants and begin preparing for your new job today!