Last week Statistics Canada released their latest data on the job market across the country and in British Columbia.  While the BC unemployment rate is still the best in Canada, the gap is narrowing and the latest numbers show that the number of people looking for work in BC jumped last month.

Here are some findings from latest economic reports: 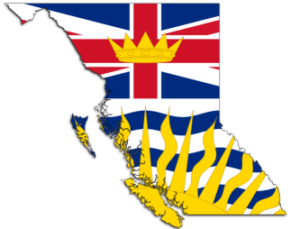 To see the labour force characteristics by province visit this report on Statcan.gc.ca.

StatsCan said that the cause of the increase in the unemployment rate was due to the fact that nearly 76,000 more people entered the workforce last month according to the Canadian Press.  So while there were nearly 32, 000 more jobs in June, more people were entering the workforce.

Unemployment in the Okanagan jumped from 5% in May to 5.6% in June.  Some of this can be attributed to the fact that more people joined the job market as students and graduates entered the workforce.

Jock Finlayson, executive vice-president of the Business Council of BC says that the economic outlook projects stable growth for BC.  It will be consistent but not robust says Finlayson.  According to this post from the Kelowna Capital News, “While clean and environmentally-friendly technology may be the growth sector of the future,” Finlayson said, “green-thinking politicians in Ottawa and Victoria are losing sight of the importance resource-based industries play in our current economic fortunes.” Finlayson also states that “half of our exports come from resource-based industries. In B.C., that mark rises to 75 per cent. Add in the 20 per cent from the automotive manufacturing sector and that makes up 70 per cent of Canada’s exports, while clean environment technology exports amount to 3.7 per cent, yet that is where politicians in Ottawa spend all of their attention.”

So while unemployment rates jumped in the Okanagan in June, we can expect this trend to continue for another month before rebounding later in Q3.  Overall, the BC unemployment rate is still lowest in Canada at 5.2%.

Looking for work in Kelowna or the Okanagan? Contact us today to set up a consultation.  Speak with one of our experienced HR consultants and let us work with you in finding your new employment opportunities today!